A cheeky NFT project with a purpose (and we cannot lie) 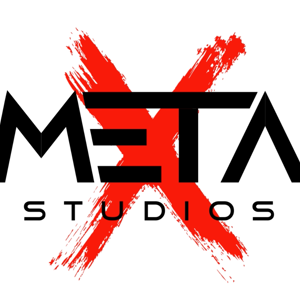 Baby got back,
And gives back!

by supporting the
Colorectal Cancer Alliance

Unlike Bit Butts, colorectal cancer isn’t a joke – it impacts more than 100,000 Americans each year. Every Bit Butt purchase triggers a contribution to support colorectal cancer research and education, and you can

by replacing your profile pic with your newly minted derrière for just 33 hours!

Blue is the official color for colorectal cancer awareness and prevention, and META-X Studios is in the fight!

Only 50 of the 6,666 Bit Butts minted will be designated as Blue Butts, some of the rarest rears in the entire set. If you get one, you’re truly a lucky bum.

HOW RARE is rare?

All Holders – Value: $1,000
33 “Mix Butts” designed by Sir Mix-A-Lot himself (the rarest of the rare), will be air-dropped for free to 33 randomly selected lucky holders.

All Holders – Value: $250
An NFT granting the holder valuable property rights in the soon to be released collectible card game Slackerverse™.

All Holders – Value $250
An NFT granting the holder a “wise parrot” in the soon to be released NFT Worlds treasure hunt game Bit Pirates™.

All Holders – Value $Priceless
You own the IP! The Art of Bit Butts!

Dave Kupcyzk is a master animator and character designer whose incredible ink line and outrageous sense of humor set the tone for Bit Butts. His cartoony chaos reigns across the entire drop.

Dave’s line drawings were then brought to living color by veteran animation Color Stylist Tristin Cole, who created the unique color palette and painterly style for the collection, and Trish Burgio, who took an illustrator’s approach by pushing the finished artwork from the sublime to the ridiculous with her imagination and storytelling.

Lastly, every item in the collection was hand-painted, hand-selected, and hand-assembled by the team, not generated by an algorithm. Every Bit Butt is a unique 1 of 1, in a 6,666 piece collection full of weird and wonderful surprises.

Each Bit Butt minted results in a bonus to the artists, marking the first time in their careers they’ve actually received “back-end”.

BE A META-X Studios FOREVER OG!

Bit Butts NFT HODLers will become our FOREVER OGs! You’ll be massively rewarded as we launch our next two projects in summer and fall 2022.

Our mission is to drop so much value to META-X OGs that flippers of Bit Butts will be punished throughout Web3 lore for all eternity. All the community action takes place in our Discord.

You can speak with our writers and artists (potentially
Sir Mix-a-Lot himself), participate in cool contests,
win great prizes (including free Bit Butts), and
get on the First Crack list!

Bit Butts is brought to you by our “crack” team here at META-X Studios… the puns write themselves.

We are founded and led by creatives who believe if we put great work first, if we reward both the amazing artists behind our projects and above all, our community members, success will follow.

Here are some of the people who actually thought a series of back seat NFTs was a good idea, along with actual, unretouched photos of their genuinely alarming glutes.

Sir Mix-A-Lot is best known for his worldwide hit "Baby Got Back".
On top of this multi-platinum single, he had three straight platinum albums. Sir Mix-A-Lot has won a Grammy Award and American Music Award for Best Rap Solo Performance.

Sir Mix is also one of rap’s great D.I.Y. success stories. Coming from Seattle, a city which at that time had a strictly local Hip Hop scene,
Sir Mix co-founded his own record label, promoted his own music , produced and mixed all his own tracks, built his studio by himself and essentially pulled himself up by the proverbial American bootstraps.

Joe is an Annie Award-winning and Emmy-nominated executive producer of world class entertainment and digital experiences. He has helped create iconic brands, characters, and IP for Warner Bros., Dreamworks, The Walt Disney Company, and Mattel.

Titles Joe has worked on include: Scooby Doo, How To Train Your Dragon, Bob’s Burgers, Muppet Babies, and Legend of the Three Caballeros.

As Director of Development for Advanced Media at Disney Labs, Joe pioneered world-class storytelling on emerging platforms. He holds an M.B.A. from Pepperdine University and is recipient of the Humanitas Prize for Excellence in Children’s Television.

Paul has been creating, writing, and building franchises for more than 25 years in the film, graphic novel and video game industries.

Over the last two decades, he has been instrumental in the creation and implementation of hundreds of world-renowned entertainment icons: Teenage Mutant Ninja Turtles, the Origin of Wolverine, six platinum selling video games, and the revitalization of the Marvel Universe.

He has enjoyed recognition on the New York Times bestseller list, has been Nominated for two BAFTA Awards, and is recipient of a Prism Award for his contributions in storytelling.

Mark was the co-founder and CEO of the RRKIDZ, the children's educational brand known for Reading Rainbow. His film production/executive experience includes: Terminator 3, Terminator Salvation, The Windowmaker, Taken in Broad Daylight, Kinsey, I Huckabees, The Amateurs, Reach for Me, The Way Back, and many more.

Dave is a reformed lawyer, digital agency veteran and serial entrepreneur. He was a driving force for Nintendo and Electronic Arts to extend their console games to social and mobile platforms and a pioneer in creating Facebook and mobile social games.

Dave has helped launch game studios for some of Asia's largest entertainment companies, including NHN Entertainment, Nexon and Melco Resorts & Entertainment. He's a student of player behavior, and a strong proponent of analytics and data-driven game design. Right now, he’s all about exploring the confluence of web 2.0 and web 3.0 game economies.

Dave Kupczyk is a journeyman character animator and designer for such studios as Disney, Dreamworks, and Universal who teleported into the wonderful, wacky world of NFTs via META-X Studios. Born in the wild jungles of Southern Ontario in Canada, Dave now resides in sunny Southern California.

Tristin Cole is an LA based animator / illustrator who began her career at Warner Bros. Animation and has worked as a production painter and designer on such shows as Scooby-Doo, Batman, Tom & Jerry, Teen Titans Go! and more. She has created background paintings for the top animation studios including Disney, Paramount, and Nickelodeon. Her latest work can be seen on the 2D- animated series Steven Spielberg’s Animaniacs Reboot.

Trish Burgio is a professional Illustrator in the animation industry and has worked as a Lead Artist at Warner Brothers Animation and NBC Universal, as well as creating artwork for corporate clients such as American Express and Penthouse. She holds a BFA from the School of Visual Arts, New York City.

Luke Malone is a professional designer working in the animation industry. His work has been featured on the Emmy Award-winning Muppet Babies and Legend of The Three Caballeros for Disney, Fox’s HouseBroken, the Crunchyroll Original High Guardian Spice, and several projects for Cartoon Network and HBO. When not working on his art, Luke is riding his motorcycles, cooking pulled pork breakfast tacos, trying new things, and going to new places.

Mark Lewis is a professional artist working in animation since 1993, starting on X-Men: The Animated Series. His work has been featured in films, TV series, and comics produced by Hanna-Barbera, DreamWorks, Warner Bros Animation, UniversalAnimation, DC Comics, Image Comics, Gaumont Animation, MGM Animation and SD Entertainment. Mark is originally from the East Bay of the S.F. Bay Area, is (maybe unsurprisingly) a huge comics nerd, who loves talking about comics history and comics artists.

Christian "Meesimo" Meesey is a proud member of the National Cartoonists Society whose clients include IDW, Dynamite, Warner Bros., Marvel, Upper Deck, and Disney. He is currently illustrating The Time Shopper comic with writer Tony Fleecs (Stray Dogs), and Tone Rodriguez, and illustrates Swallow:Vamps in the Big City, with writer-creator Camilla Rantsen. He has contributed to the Legendary Cartoonist Kayfabe inspired Fan Projects, Image Grand Design and Image Grand Disaster. He writes and draws his own comics such as Motley & Harv, the one-man-thology Knucklehead Comics, and the upcoming Turbo Hawk, as well as regularly contributes to Ink & Drink Comics Anthologies. He is currently creating Comics, Storyboards, NFT’s and Character Designs remotely for people all around the globe, as well as studying to get his MFA in Illustration from the Hartford Art School. Meesimo lives and works in the Midwest. Get insider access to giveaways, contests and key release dates!